Let’s start with what the odds are, anyway. Understandably, it’s not that easy – casinos want to make money. It is estimated that the slot machine returns between 70% and 97% of the paid money to the players in the form of various wins (the rest is taken over by the casino).

Of course, these percentages apply to the long-term scale, which means that the machine can primarily take large amounts of money for months before it finally pays back more money. What’s more, this percentage also includes so-called false winnings (more information on which can be found later in this text). In practice, therefore, real, tangible money paid out is much lower than the percentages in question.

Although each slot machine has a pre-set percentage of winnings, this information is not public – casinos benefit from the fact that people have no idea whether they are sitting at least potentially better paying machine or playing on a device that reimburses (in points, of course) the players for my deposits.

Speed of the game

Unlike many other gambling games, slot machines impose a galloping pace. Up to 600 to 1,200 games per hour are played on a single device! So you can lose money much faster than anywhere else. Taking into account that it usually pays to play more than one line (a system on which an appropriate setting of symbols results in winning.

Even if you play on a slot machine taking bets in the basic amount of 1 grosz, you can actually play for much higher amounts (10 lines at “just” 10 grosz = 1 PLN, which means the risk of losing from 600 to 1200 PLN per hour). So you lose not only much faster, but often quite a lot. Even playing at relatively low stakes can empty your wallet within an hour or two.

It is not without reason that gambling salons and casinos pay a lot of attention to factors that are generally not related to the game itself. Pleasant, air-conditioned environment, free drinks, refreshments, beautiful and self-contacting hostesses, attractive audiovisual setting, sounds and images directly bombarding the guest with information about winnings.

Lack of windows and clocks to not feel the passing time (the longer you play, the greater the risk of serious losses), various competitions and attractions for guests to associate the place with something pleasant. All of these activities are designed to whet the player and are a form of a carefully thought-out strategy of driving him or her into the clutches of an addiction.

Cards cannot be marked, weighed dice are forbidden, roulette must meet high standards… But video games are a completely different story. They are specially designed to minimize the chance of winning big, but at the same time to give the illusion that the game is almost a success.

Drums are also asymmetrical, so one of the speakers lacks specific symbols allowing for high wins. Players are not aware of this, and suspecting anything they can’t check it anyway – the actual appearance of the individual reels is secret.

The point is to evoke an illusion that “it almost succeeded” and an illusion that “it will finally happen”, because “it was already a hair on the wrist”. Another example are games containing whole columns of substitute symbols (so-called “wilderness” or “jockers”), replacing any other symbols.

The machine pays on the lines from left to right, whereas the first drum is almost devoid of these symbols and as a result the machine shows hands on which a lot of “jockers” appear, but still the wins are low or even there is no success at all. The player has the feeling that the “jockers” work well or often occur, so a high win can happen any moment now, which has nothing to do with reality.

A so-called fake win is said to be a win when a player bets some amount on a bet (e.g. 5 PLN) and a machine generates a set of symbols giving a win of lesser amount (e.g. 2 PLN). This means that in principle the player loses (in this case 3 zloty), but the machine still plays the winning sound, on the screen appears an animation suggesting winning and the person has a feeling that something is happening.

The slot machine is like a pickpocket, it steals in such a way that the victim does not notice it. It’s easier to keep a player engaged when there’s anything on the screen to do with winning than if he was losing the whole thing with every bet. It’s also a well calculated impact on the player’s psyche, introduced into the game just to get him more involved in the game and keep him at the slot machine for longer.

The illusion of randomness

The machine controls the game in such a way as to adjust the winning level to the stake. Persons playing for exceptionally low amounts will get relatively more free draws with winnings that are more than a multiple of the stake.

More spectacular symbol layouts will also appear on the screen. This is done in order to arouse a sense of guilt in a person, on the one hand, that he played at too low a stake, because if only he played at a higher stake he would get a really high win (maybe even become wealthy). On the other hand, spectacular hands work on the imagination.

The machine in this way provokes and tempts to play for more money. The situation is completely different when the person actually starts playing at higher stakes, then the strategy of the machine changes dramatically – bonuses are less frequent, the multiplication of stakes in winnings is much lower.

A separate category of psychological aspects of slot machines is the generation of animations that suggest that there has almost been a big win. A person feels then that he was “so close” and has a great motivation to try again.

One symbol is one field too low or too high in relation to the winning line, there is no one object on the screen, but appearing directly in the next draw – it is not so much an element of the game as a manipulation of emotions of the player, which is aimed at making him/her to play further and as risky as possible.

The illusion of continuity

Machines often generate a random sequence of draws. Successive, specific hands evoke a feeling in the player that the drums are arranged in a specific way and that in the end it will lead to the expected result.

The symbols in each game seem to be passing by a hair on the screen as if they were about to appear on the screen together. Another trick is that when a player decides to bet on lines 1 to 5, surprisingly often winning hands appear on lines 6 to 9.

Loans instead of currency

When a person inserts a banknote in the slot machine, the screen will show points for the game. Such a “virtual currency” (often converted to make one’s own value even more unreal or to cause cognitive dissonance) is less tangible, and thus the person is more inclined to spend it.

The situation would be slightly different if we had to transfer concrete, tangible, real money to bets every time. However, the game would last too long, and besides, the person would be more aware of how much he is spending on the game, so his motivation to play would be much lower.

Games of chance wouldn’t be so attractive if they weren’t emotional. In fact, the game itself is often very boring. To find out about it, just take a few dice and throw them with the hope of getting the same number of points at all. The fatigue comes relatively quickly and the man is keen on further attempts. With the matching of symbols on slot machines it would be quite.

Healthy gamblers say that losing is bad, but winning is even worse (because it gets more involved in gambling, and in the end everything is lost anyway, even when it comes to real winnings, so called Jackpots).

Slots and video slots available online at online casinos are a source of gigantic revenue for their owners. Slot functions are designed to manipulate the player, having a specific impact on his or her psyche, arousing emotions and causing an unreasonable and sober way of thinking (wishful thinking and magical thinking). It is not uncommon for unclean plays to remain within the limits of the law, but clearly dishonest. 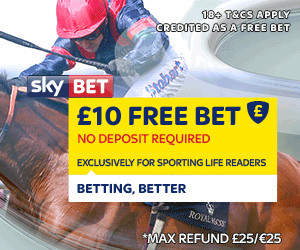